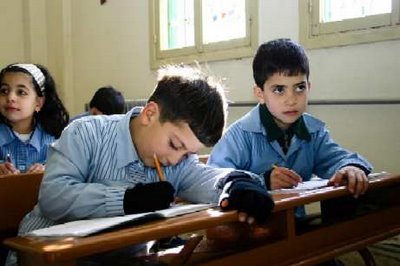 A number of private school teachers went on strike Monday to protest cuts to their salaries, amid a dire economic and financial crisis in the country.

“Each teacher was paid 1 million Lebanese liras and was promised to get paid when parents pay tuition installments,” LBCI said.

Lebanon has been grappling with widespread anti-government protests since October 17, a free-falling economy, and an escalating liquidity crisis.

The dollar exchange rate in the parallel market has shot up from the pegged rate of 1,507 pounds to the greenback to around 2,250.