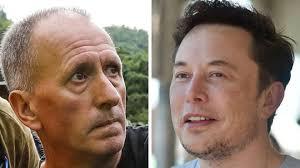 Tesla founder Elon Musk went on trial on Tuesday in Los Angeles in a defamation case involving a British caver he allegedly called a pedophile during a spat on Twitter.

Jury selection was expected to be completed later Tuesday with the trial set to wrap up by Friday.

Musk will be called to testify early in the trial to explain what he meant when he called British diver Vernon Unsworth, who helped rescue youth soccer players trapped in a cave in Thailand in July 2018, "pedo guy" in a tweet.

The tech billionaire had lashed out at Unsworth in a series of tweets after the latter dismissed Musk's proposal to build a mini-submarine to rescue the youths as a "PR stunt."

Unsworth had also added that Musk could "stick his submarine where it hurts."

Musk later apologized for the 'pedo guy' tweet and removed it, arguing that the term was a common insult in South Africa, where he grew up.

"It is synonymous with 'creepy old man' and is used to insult a person's appearance and demeanor, not accuse a person of acts of pedophilia," he said in court papers.

Unsworth's attorney Lin Wood has said he looks forward to questioning Musk under oath and to "see how a jury reacts to (his) defense strategy."

Musk was not in court on Tuesday but Unsworth, who lives in Britain and Thailand, was present.