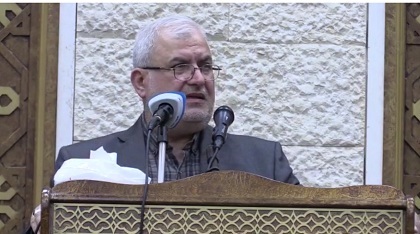 Loyalty to the Resistance bloc MP Mohammed Raad likened the lingering economic crisis in Lebanon to the Israeli-Hizbullah war back in 2006, urging people to support each other in times of crises.

“We are about to confront in this aspect of soft war what is equivalent to the July war in 2006. Notice how big the matter is with its objectives, goals and results, but we will win just like we won in that war,” said Raad.

Hizbullah MP added that “the economic situation is bitter today,” urging people to offer assistance and help the less fortunate ones if the crisis prolongs further. “We have to act as one, we must cooperate and heal the wounds.”

After years of political turmoil, the Lebanese economy is in a sharp downturn as banks have restricted access to dollars while prices have risen. Amid the crisis, thousands of Lebanese say their jobs are under threat.

... and your illegal armed militia is implicated in both!

This Raad terrorist is truly mentally challenged... his statements leave me speechless because they’re so shallow and lack intelligence .... it’s just good enough for his uneducated base supporting the Shia Daesh aka Hizbala.

He doesn't mention they started it, but he doesn't worry about facts to the kizb followers.

Very True Sam, what has this sad excuse for a mp ever done for Lebanon? I am sure he propagated a lot of hate on behalf of Iran but not Lebanon. Per Capita Iran must have the highest amount of hate mongers in this defunct government and look how well this has worked for them, you would think they would have learned something from it by now...

Nothing gets their panties wet more than when they talk about war. Endless wars. Bankrupt politically. Nothing to offer economically or job creation rather than sending shiite youth to their death.

I just find so hard to understand them Rabiosa, after ages of doing the same thing over and over and expecting Israel to fold over the hate messages and sacrifices to Lebanon that they still beleive in the crud they follow??
On the other hand Israel seems to be stronger for all their efforts and a dweeb like this bearded goat above calls out for more of the same failed approach? hello who is still buying this stupidity and why?????