Man Kills Himself in Latest Suicide Linked to Economic Crisis 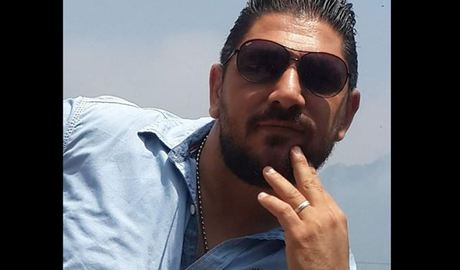 In a stark reflection of the deepening economic crisis in Lebanon, a man in his 40s shot himself to death Wednesday with a bird rifle when he became despondent over salary cuts in recent weeks, according to his family.

The father of 41-year-old Danny Abi Haidar said his son, who worked in a lighting company, spent the day Tuesday warding off creditors, trying to explain that he only received half his salary because of the economic crisis. Many private companies have resorted to reducing staff or slashing their pay to deal with rising inflation and liquidity crunch.

Adding to the burden, the son had been supporting his father, his mother and younger brother. The father had lost his job eight months ago and moved in with his older son.

On Tuesday, the local supermarket began demanding hundreds of dollars that Abi Haidar, a father of three, owed them.

Creditors "called him and he said I only got paid half my salary," the father, Mohammed Abi Haidar, told The Associated Press. "He said I only have 200,000 liras (barely $100) to spend on my family."

The father, distraught, said he holds senior officials and the protests responsible for his son's death.

"I hold those senior officials responsible; the revolution and everyone, I hold them responsible," Abi Haidar said.

In a statement, Dani’s employer, the Debbas Holding group, said he “continued to receive all his salaries and remunerations despite the difficult economic circumstances,” denying reports claiming that he had been sacked.

"How many more suicides do you want?" read one placard raised by a protester. Marwa Saad, a protester who was among hundreds at a rally that blocked a major Beirut intersection, said government officials are wasting time and fail to sense the depth of the public misery.

"They are blind and deaf while we burn and kill ourselves. They still don't feel a thing," she said, raising a Lebanese flag. The protesters lit candles along the road they blocked. Security forces deployed but didn't forcefully open the road.

ya latif.... but borrowing to live isn't the solution either.

Sad, very sad but rest assured no MP or government official will be reading these pages here to see what the true plight of the Lebanese people looks like.

This country should burn in a wonderful nuclear blast and we will all die forever happily after.