Report: U.S. Trade Deficit Falls in October to Lowest since May 2018 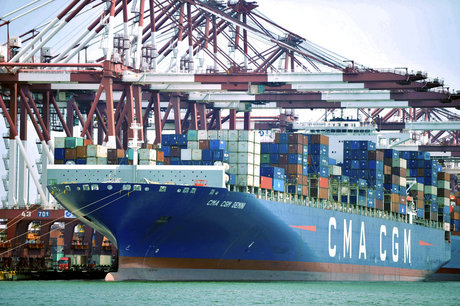 America's trade deficit in October unexpectedly fell to its lowest level in more than a year as Americans imported billions less in autos and consumer goods like toys and mobile phones, according to government data released Thursday.

Reducing the deficit -- central goal of President Donald Trump's aggressive trade agenda -- reflected to the decline in the worldwide exchange of goods and services as the global economy weakens.

But it could help lift U.S. economic growth in the final quarter of this year, since deficits subtract from GDP.

Trade with China also continued to slide as the world’s two largest economies maintained mountainous tariffs on each other's goods, according to the monthly Commerce Department report.

The overall deficit tumbled 7.6 percent to $47.2 billion, which was below what economists had been expecting and the lowest level since May 2018, from $51.1 billion in September, according to the report.

In the first 10 months of 2019, the deficit has grown only 1.3 percent after years of steady increases.

But imports fall much faster, sinking 1.7 percent to their lowest level since April at $254.3 billion.

Ahead of the holiday shopping period, and more Trump tariff increases looming for many Chinese-made goods, US importers took in $800 million less in auto parts, while mobile phone imports fell by $400 million, and toys and sporting goods fell by $300 million.

Imports of trucks, buses and passenger cars fell by $1 billion.

The deficit with China fell 0.8 percent in October from the prior month, and is down nearly 15 percent in the year to date as the trade war continues to weigh.