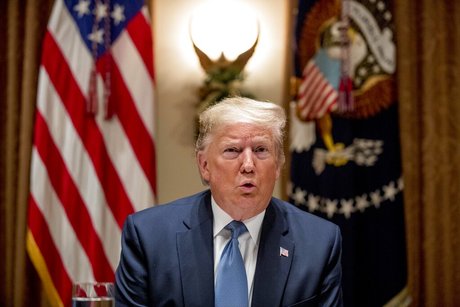 U.S. President Donald Trump on Thursday called a crackdown on demonstrations in Iran "brutal" and said the United States would react "strongly" to any threat from Iran to its interests in the region.

"They're killing a lot of people and they're arresting thousands of their own citizens in a brutal crackdown," Trump said at a meeting with U.N. diplomats at the White House.

Calling it a "horrible situation," Trump warned that any new threat from Iran "will be met very strongly."