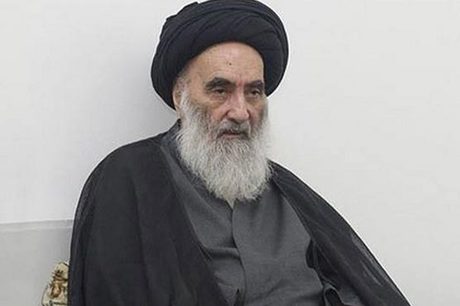 Iraq's top Shiite cleric Grand Ayatollah Ali Sistani demanded Friday that the choice of a new premier for the protest-hit country be made free of "foreign interference."

Speaking through his representative in the shrine city of Karbala, Sistani said the Shiite religious leadership, or "marjaiyah," had "no role in any way" in discussions on a replacement.

Foreign embassies and the Lebanese forces got to him, obviously.