Over 60 Companies Notify Ministry of Plans to Lay Off Employees 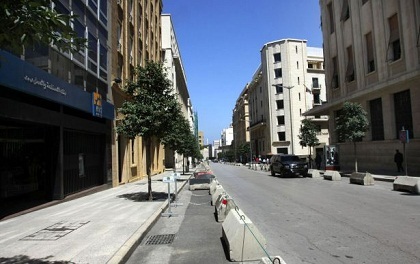 In the span of one week, over 60 companies notified the labor ministry of plans to lay off employees, caretaker minister Camille Abu Suleiman told LBCI television on Friday.

The union of restaurant and bar owners has recently said that 265 establishments have closed since the protests began in early October, and warned that this figure could rise to 465 by the end of the year.

Unemployment, already above 30 percent for young people, would also increase, it has said.

Since October 17, Lebanon has been rocked by anti-government protests that triggered a protracted lockdown and prompted the cabinet to resign.

Political paralysis amid the ongoing demonstrations has aggravated a dollar liquidity crisis that since September has seen banks limit dollar withdrawals and transfers.

With banks failing to provide sufficient dollars, the greenback is selling for more than 2,000 Lebanese pounds on the parallel market for the first time since it was officially pegged at 1,507 in 1997.

Several sectors have struggled to obtain hard currency for imports, with banks capping dollar withdrawals at $500 a week and sometimes less.

Papa el kil will not let it happen he said he had a recovery plan and will put it into motion right after he discloses who is behind all the corruption in Lebanon....
The Masked Lone Ranger has been identified by the Orange party and after a meeting with our illustrious security apparatuses has confessed fully.

In the company where my cousin works in Beirut , they are going to let go 100 employees.... and that’s only one business.