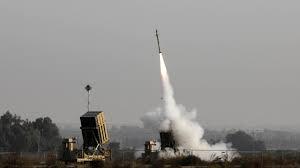 The radars will be integrated into the Czech air defense system which will use Prague's own rocket launchers, a ministry spokesperson said.

The radars, used for air surveillance and defense, "will be interoperable with Czech and NATO command and control systems," a ministry statement  said.

Czech defense minister Lubomir Metnar said the acquisition was one of the country's "key modernization projects" for its armed forces.

He said the deal would help start "the process of ending our dependence on obsolete Russian machinery and at the same time acquire modern and battle-tested systems from a long-term strategic partner".

It is designed to intercept rockets and artillery shells fired from a range of four to 70 kilometers (three to 45 miles).

The Israeli air force has operated it since 2011, thwarting hundreds of rocket attacks from Gaza and Syria.