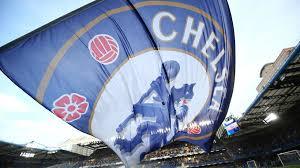 Chelsea manager Frank Lampard admitted the club will be on the lookout for new faces in the January window after a FIFA-imposed transfer ban was reduced on appeal by the Court of Arbitration for Sport (CAS) on Friday.

The ban, imposed following violations in the recruitment of minors, was reduced from two transfer windows to one, which Chelsea already served in the summer.

Lampard insisted he had not yet had any conversations with Chelsea's board about transfer plans, but will start them now in earnest.

"It's a positive outcome for us. It allows us the potential to look at the market going forward," Lampard said at a press conference ahead of Saturday's Premier League trip to Everton.

"So I'm pleased from a footballing level. It was never my business to get involved in the reasons why or the legal side of it.

"So from my point of view, for the club moving forward, it's obviously a good thing."

A CAS statement explaining their decision said that Chelsea were guilty of violating rules related to the international transfer and registration of minors, "but for a significantly smaller number of players," concluding that they were only guilty of one third of the violations found by FIFA.

In addition, the breaches of other transfer rules "were found to be less serious than those attributed to Chelsea FC by FIFA."

The initial ban was announced by football's world governing body in February, but Chelsea had always denied wrongdoing.

It followed a FIFA probe into Chelsea's signing of foreign under-18 players, including the club's former forward Bertrand Traore, a Burkina Faso international who now plays for French Ligue 1 club Lyon.

Traore signed professional forms for Chelsea in 2013 at the age of 18 but was not registered until January the following year.

At first they appealed to FIFA who partially lifted the ban in April, although only for players under 16 who are not "international transfers and first registrations of foreign minor players".

That left Chelsea still unable to sign players over 16 during the summer transfer window.

Chelsea had been eager to have the ban lifted at the time, or at least suspended pending an appeal, so they could be in a position to sign a replacement for Eden Hazard, who was sold to Real Madrid.

Nevertheless, in the absence of new recruits, Lampard has enjoyed success promoting several members of the club's youth academy to the first team.

Young full-back Reece James has also broken into the first team, while USA winger Christian Pulisic remains the last new signing brought to the club after being signed from Borussia Dortmund for £58 million ($74 million) last January.

Chelsea are currently fourth in the Premier League and Lampard admitted the club would need to be careful with their recruitment policy.

"The fact people have given us credit is that people expected less of us, so we have to give credit to the group that are working now," he said.

"I still want more, I still feel we could have more points and be higher up the table, that's my feeling. As we go forward of course if I feel there are positions we can strengthen then we will obviously look at that, as all big clubs do.

"That's why people expected less of us this season, because lots of clubs around us and below us were spending £100 million and we didn't have that chance, and we lost Eden Hazard and two number nines.

"Now the picture's slightly changed and it's important that we get it right moving forward."