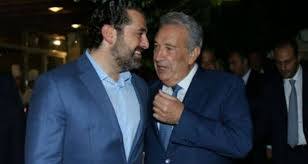 Ex-interior minister and Beirut MP Nouhad al-Mashnouq on Friday announced that he will boycott the binding parliamentary consultations to name a new premier scheduled for Monday.

In a tweet, Mashnouq, once a member of al-Mustaqbal bloc, said his decision comes out of “respect for the will of the capital’s residents” following “the statement that was issued by the Union of the Associations of Beiruti Families.”

The statement accused President Michel Aoun and Free Patriotic Movement chief Jebran Bassil of seeking to impose the candidate Samir Khatib on parliament prior to the binding consultations.

“They have bypassed the Taef constitution,” they charged.

MP Mohammed al-Hajjar meanwhile told al-Jadeed TV that his Mustaqbal bloc is “committed” to voting for Khatib in the consultations.