Berri Says His Bloc to Vote for Khatib 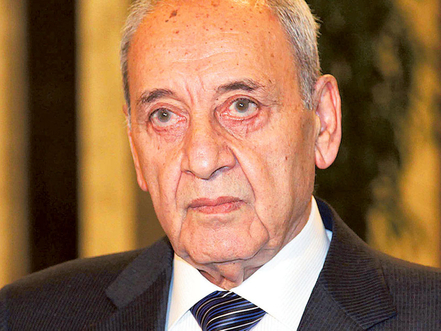 Speaker Nabih Berri asserted the need for an “emergency” government to help Lebanon out of the crisis, noting that his Liberation and Development Parliamentary Bloc will vote for the leading candidate for the post of Prime Minister, Samir Khatib, al-Joumhouria daily reported on Saturday.

“I was initially set to name PM Saad Hariri or any figure he supports to lead the new government. But since he backs engineer Samir Khatib, my bloc and I will name Khatib,” at the binding parliamentary consultations with the President, Berri told the daily.

“The real rescue for Lebanon takes place through the civil state,” added the Speaker.

He also affirmed determination of the Parliament to approve the 2020 state budget before Christmas, “the Finance and Budget committee is set to finish the budget draft no later than next week,” he said.