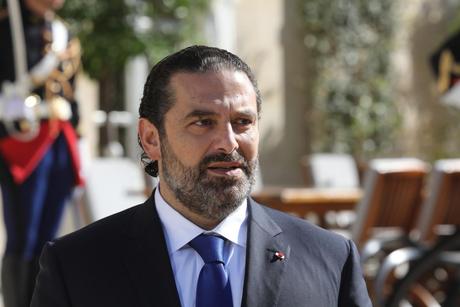 The appeal was part of an effort "to address a liquidity crisis and secure basic imports" and was critical to preserving food security, the statement said.

Since October 17, Lebanon has been rocked by anti-government protests that triggered a protracted lockdown and prompted the cabinet to resign.

Political paralysis amid the ongoing demonstrations has aggravated a dollar liquidity crisis that since September has seen banks limit dollar withdrawals and transfers.

With banks failing to provide sufficient dollars, the greenback is selling for more than 2,000 Lebanese pounds on the parallel market for the first time since it was officially pegged at 1,507 in 1997.

Importers of fuel, medicines and wheat warn of shortages if the situation persists.

To ease the crisis, the central bank said in October it would facilitate access to dollars at the official rate for importers of fuel, wheat and medicine.

Other sectors have struggled to obtain hard currency for imports however, with banks capping dollar withdrawals at $500 (450 euros) a week.

President Michel Aoun said on Friday the economy and finance would be among the main priorities of the next government, which is yet to be appointed.

The formation of a new cabinet, the embattled president said, would encourage donors to unlock an $11 billion (10 billion euro) aid package pledged at a conference dubbed CEDRE held in Paris in April 2018.

Parliamentary consultations to select the cabinet are scheduled to start on Monday.

The economic malaise was also compounded by the war in neighbouring Syria.

Public debt has reached more than $86 billion, over 150 percent of GDP, according to the finance ministry.

Unemployment, already above 30 per cent for young people, would also increase, it has said.

In the span of a week over 60 companies notified the labour ministry of plans to lay off employees, caretaker minister Camille Abousleiman told LBC television on Friday.

The union of restaurant and bar owners has said that 265 establishments have closed since the protests began in early October, and warned that this figure could rise to 465 by the end of the year.