As Iraqis Protest against State, Tribes Make a Comeback 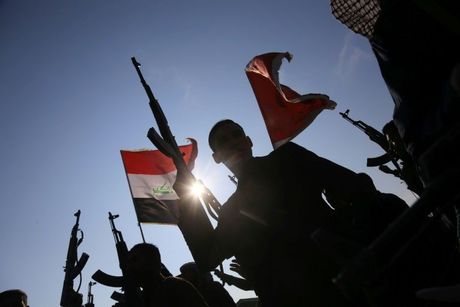 Iraqi protesters have clashed with police and torched government offices, a premier has resigned and precious blood spilt. As modern institutions collapse, a centuries-old force is making a comeback: Iraq's tribes.

With their own hierarchies, moral and justice codes, not to mention huge arms caches, tribes have once again become among the most powerful actors in Iraq's rural and oil-rich south.

They have a history of revolt, turning against the British colonising forces in a major boost to the 1920 uprising that led to the country's independence.

Baghdad and the Shiite-majority region have been rocked by two months of the worst unrest since the 2003 US-led invasion that toppled Saddam Hussein.

It has been the perfect storm in which Iraq's tribes could reassert their leadership, said Phillip Smyth of the Washington Institute for Near East Policy.

In recent years, many Shiites had "become more urbanised and have loosened up their identity when it comes to being tribal," he said.

Youth, which make up 60 percent of Iraq's 40 million people, were particularly prone to look outward and shed their tribal identities.

"But the reason the tribes have a lot more strength now is that you have a very weak central government and an outside power -- the Iranians -- that is viewed as being complicit with this government," Smyth told AFP.

"These guys are looking at this and saying, let's revert back to sources of power that we know," he added.

Nasiriyah in southern Iraq is a prime example.

But tribal fighters then came out in force, cutting off roads to prevent troops from reaching Nasiriyah.

They negotiated a halt to the bloodshed, which had already cost 97 lives since protests erupted in October.

"It was the tribes that found a solution to the crisis while the politicians did nothing," said Qaysar al-Husseinawi, a leading figure in Nasiriyah's Husseinat tribe.

Their role did not stop there: the clans are also seeking justice for around 100 families pursuing legal cases against Shammary, himself a member of a powerful tribe.

Shammary's clan has excommunicated him over the crackdown.

Tribal tradition dictates that "blood money" must be paid to the victims' families -- otherwise they have the right to seek equally violent vengeance.

Influential clan structures have so far intervened to end bloodshed but if they choose to take up arms, many in the south expect full-blown conflict.

One police officer told AFP he'd rather desert than fight them.

"The state could never protect its own men against tribal law," he said.

The tribes blend modern life and centuries-old tradition, with sheikhs juggling two iPhones while ordering wave after wave of sugary tea be served to their guests.

In the southernmost province of Basra, armed tribe members have often shut the streets outside national or even international oil companies to demand well-paid jobs there.

"The social bargain of any tribe is that the sheikh is a river to his people," providing them with work, justice and stability, said Nicholas Heras of the Center for a New American Security, a think-tank in Washington.

So naturally, the widespread upheaval in recent weeks over unemployment and poor services touched tribes, too.

"Tribal anger is directed at leaders in Baghdad that are viewed as having not kept their part of the social bargain," Heras told AFP.

The British colonising forces had a tribal revolt on their hands in the early 1900s after they arrested a tribal sheikh over a tax issue.

Nearly a century later, tribal support for the anti-government movement can also be linked to a push-back against central government authority in distant Baghdad.

But resolving the dispute won't be so simple.

"A lot of bridges have been burned," said Smyth.

"If you have people fundamentally angry at how institutions are corrupt, mismanaged and just bad, you won't just get bought off with a job," he added.

The government may seek to appease tribes with offers of more jobs or services, but there is no guarantee they could keep their support for long.