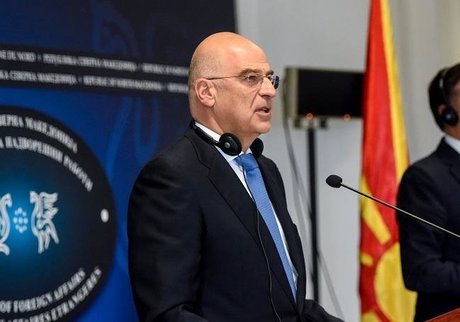 Greece on Tuesday urged the United Nations to condemn a disputed maritime jurisdiction deal between Turkey and Libya as "disruptive" to regional peace and stability, a government spokesman said.

Greece "wants the deal to be brought to the attention of the UN Security Council so it can be condemned," Stelios Petsas told a news conference.

Turkish President Recep Tayyip Erdogan last month met with the head of the Tripoli-based Government of National Accord (GNA), Prime Minister Fayez al-Sarraj, to sign agreements on security and military cooperation, as well as maritime jurisdictions.

Part of the deal sets a maritime boundary between the two countries, which Greece says fails to take into account the island of Crete.

Petsas said Athens had sent separate letters on the issue to UN chief Antonio Guterres and the UN Security Council, arguing that the deal was contracted "in bad faith" and "is null as it was not approved by the Libyan parliament."