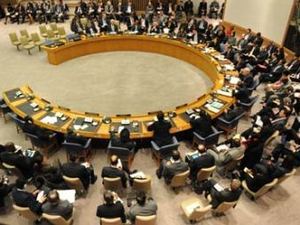 France will host Wednesday a working meeting of the International Support Group (ISG) for Lebanon, in order to help it out of the political crisis, according to the French Foreign Ministry.

According to al-Joumhouria newspaper, “there is a tendency with the group to take a decision leading to assisting small firms and institutions in Lebanon in the process of importing goods, through specific measures that the European Investment Bank will take in cooperation with Lebanese banks, in order to spare these companies bankruptcy and closure.”

French Foreign Minister, Jean-Yves Le Drian, had stressed that "Paris meeting (on Lebanon) aims to make Lebanese authorities realize the seriousness of the situation," in reference to the nationwide protests in Lebanon, leading to the resignation of the government.

He noted that "the meeting will constitute a strong call for Lebanese authorities to expedite a government formation in order to implement the required reforms."

Wednesday’s meeting of the International Support Group (ISG) for Lebanon will be co-chaired by France and the UN.

France and UN meeting to discuss the fate of the "Revolution" that they fueled to dismantle a Lebanese Government that didn't fit their ambitions...

Dude.. Brasil nut "libanais"resilient.... stick to your Português nut identity... The whimsy is more appreciated there... Note: .. you should really worry about.. what El presidente Bolsonaro.. is going to do with your corruption...