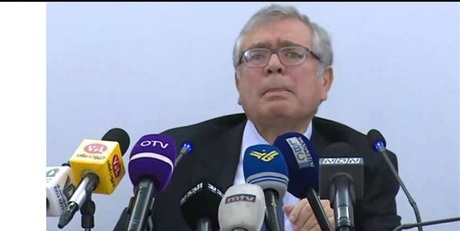 In light of an aggravating economic crisis, the Association of Lebanese Industrialists sounded the alarm on Wednesday over a shortage in raw materials, warning of escalating measures.

Head of the Association, Fadi Gemayel said in a televised press conference: “The industry is facing a fateful challenge related to deprivation of raw materials. It is a matter of life and death. Depriving us of raw materials is a crime and we will not remain idle,” he warned.

He said the Association will be compelled to escalate “it is the only way, and we have decided to implement a first step within 10 days at the latest. The necessary measures must be taken immediately to approve financial facilities and ensure liquidity.”

Referring to the wave of employee dismissals, he said: “We have kept our employees during the most challenging times, and we will spare nothing to keep that principle.”

Lebanon is experiencing its worst economic and financial crisis amid zero economic growth and massive debt. Local banks have imposed unprecedented capital controls and thousands of employees have been either laid off or had their salaries slashed.

The crisis has worsened since Oct. 17, when nationwide protests against years of corruption and mismanagement erupted, leading to the resignation of PM Saad Hariri's government two weeks later. Protesters now want that entire political elite, that has ruled the country since the end of the 1975-90 civil war, out.

Lebanon imports most of its basic needs, including wheat, petrol and medicine, leading to a huge trade deficit. Importers have been facing difficulties in getting U.S. dollars to cover imports as the local currency, which has been pegged to the dollar since 1997, lost 40% of its value on the black market.

Trippoli daesh slogan...we wants to see the cristians comunities burn in lebanon, in the name Meca....

Fadi in the pic above looks like he has a compulsive case of flatulence.