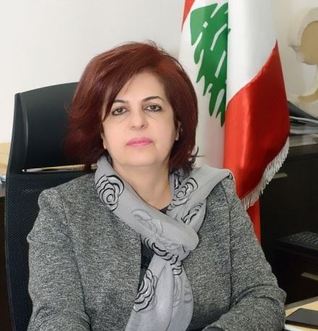 The National News Agency said Aoun based her decision on the lawsuit filed by the lawyer Wadih Akl, which accuses Salloum of offenses related to bribery, forgery, the waste of public funds, illicit enrichment and mismanagement.

Ex-interior minister Nouhad al-Mashnouq meanwhile defended Salloum in a tweet, describing her as “one of the most upright employees of the Lebanese state.”

“The breach of legal norms in summoning a director general to interrogation without a written permission from the relevant minister is not a minor issue,” Mashnouq warned.

“The justice minister must take the necessary measures in order to rectify the situation, or else there is neither a fair judiciary nor a capable state,” Mashnouq added.

He also saluted MP Hadi Hbeish of the al-Mustaqbal Movement.

The Best Aouni judge, ever!

A judge should be apolitical

suddenly arrests for bribery, forgery, waste of public funds, illicit enrichment and mismanagement. weird! Where were they for the past 30 years? weird. ok, weird.

Look who is defending Houda Salloum. Mashnouk one of the most corrupt politician. Justice should be done and should not be under the permission of a minister. Mashnouk your an asshole and you should be judged too and put in jail.

And Aoun and Basil are angels???
All Means ALL you As...le!

All i know is that Ghada Aoun is filth! Her turn will come...

She looks it too!

I am having daily nightmares. I see in my sleep the name Aoun as a president, army commander, judge and etc..then I see the one person running this country with his arms.

Judging by your aliases (@cedars) I assume you are supporter of those corrupt ex-officials obsessed with the CEDRE Loans... I do understand why you're having those nightmares

I see a lot of frustration in this Forum, it seems everyone is mad because Judiciary is finally taking action against a selective group of corrupt officials in the country, but hey! Rome wasn't built in one day, Don't you think we should be glad that for the first time we're seeing some action against corrupt people?? I mean, That's how it works in every country in this world, the fight against corruption always start by a political camp targeting its opponents! Then eventually the same opponents being targeted find ways to fight back with charges against their accusers! That's how Politicians self-destruct. I am personally glad that FPM has started the process

You guys are idealist, you live in a fantasy world expecting that suddenly a hero comes along with the strength to subjugate the corrupt rulers all at once! Like in a Disney movie and everyone lives happily ever... Time to wake up for reality!

Stop patronising us. All are corrupt. We reject one side's attempt to say only the other side is corrupt and to pretend that their targeted political hitjobs are bona fide reform attempts. All politicians are rotten to the core.

I believe this was done by MBS of Saudi Arabia, so yes the corrupt will be subjugated as many other corrupt leaders were... so have some faith