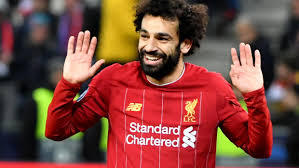 Liverpool are pushing hard for their first English league title for 30 years but the clamor to end a long wait on Merseyside has not diminished the European champions' ambitions to retain their Champions League crown.

Jurgen Klopp's men overcame what the German described as a "tricky" test to beat an up-and-coming Salzburg side 2-0 in Austria on Tuesday and secure their place in the last 16 as winners of Group E.

The Reds will therefore avoid Bayern Munich, Barcelona, Juventus, Paris Saint-Germain and Manchester City in Monday's draw and are guaranteed to play the second leg at Anfield.

Liverpool have a packed December schedule, with nine games this month across four different competitions, and they will have to play a League Cup quarter-final and the semi-final of the Club World Cup on consecutive days next week.

A young side will be dispatched to face Aston Villa in the League Cup while the first team travel to Qatar, but Klopp's intelligent use of his squad at the right moments has seen no drop-off in results.

He surprised many by resting Roberto Firmino and Mohamed Salah for last week's Merseyside derby. Divock Origi and Xherdan Shaqiri took their places and contributed three of the goals as Liverpool scored five against Everton for the first time since 1982.

Another seven changes followed for Saturday's 3-0 win at Bournemouth, with Alex Oxlade-Chamberlain and Naby Keita on the scoresheet after being handed rare starts.

Keita scored again to settle the nerves against his old side in Salzburg after Salah had missed a host of opportunities to put Liverpool in front.

The Egyptian finally netted with his most difficult chance by somehow squeezing the ball in with his weaker right foot from the narrowest of angles.

But even in Salah's performance there were positives for Liverpool. After being hampered by an ankle injury for a number of weeks, his movement was back at its best.

Should Salah hit his stride again to match the brilliant form of Sadio Mane, Liverpool could be so far ahead in the Premier League by the time the Champions League returns next year they will be free to focus on defending their European crown.

Leicester are the Reds' unlikely title rivals, with defending champions Manchester City a distant 14 points off the top in third.

The Foxes have won a club-record eight league games in a row and have more points at this stage than during their remarkable title triumph in 2015/16, but still find themselves eight points behind relentless Liverpool.

"We have to work hard to achieve what we want," said Klopp. "We wanted to move onto the next knockout phase (of the Champions League), that was important, and it wasn't in our plan to be the leader of the Premier League in December but it's great to be there."

Klopp is yet to lose a two-legged European tie since taking charge at Anfield in 2015 and has reached three finals in that time.

For the rest of Europe, Liverpool are again best avoided in the draw come Monday.