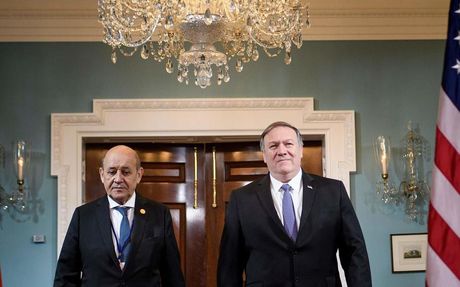 U.S. Secretary of State Mike Pompeo told reporters on Wednesday that "the responsibility lies with the Lebanese people" to push for a new political order.

He said the U.S. is ready to "do the things that the world can do to assist the Lebanese people getting their economy right and getting their government right."

The U.S. has escalated its sanctions on Iran-backed Hizbullah, which dominates the national unity government that Saad Hariri headed.

French Foreign Minister Jean-Yves Le Drian meanwhile said at a press conference ahead of a Paris meeting for supporting Lebanon that Lebanese authorities must "take into account the call of the street."

He urged Lebanese authorities to "form a government rapidly because any delay will aggravate the situation."