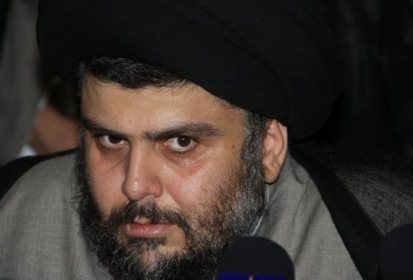 Seven Iraqi fighters were killed north of Baghdad on Thursday when a suicide bomber attacked a base of an armed group led by Shiite cleric Moqtada Sadr, the army said.

The attack, which also wounded three fighters, was carried out by "a suicide terrorist", it said, using its standard term for Islamic State group jihadists.

The attack took place late in the day near Tharthar lake southwest of Samarra, a longtime stronghold of Sunni jihadist groups some 100 kilometres (65 miles) north of Baghdad.

Sadr's Saraya al-Salam (Peace Brigades) force took part in the gruelling Iraqi operation against IS after the jihadists seized a third of Iraq and swathes of neighbouring Syria in 2014.

In late 2017, Iraq declared victory over the jihadist group, but its sleeper cells continue to carry out attacks across the country.