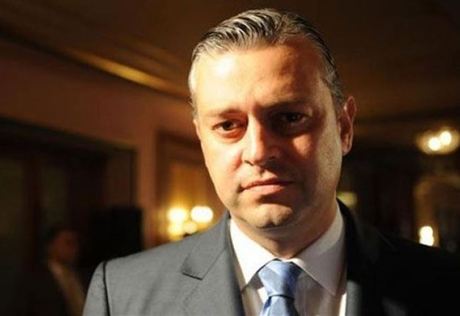 Abu Haidar referred Hbeish to the investigative judge, it added.

LBCI said that Attorney General at the Court of Cassation Judge Ghassan Oweidat, who summoned Hbeish for testimony Friday, considered Hbeish’s case “a proven crime” and asked Abu Haidar to prosecute him.

Hbeish did not attend the session, but his attorney presented a motion to dismiss the charge noting that it was not the case.

On Thursday, the Lebanese state, represented by the head of the lawsuits dept. at the Justice Ministry Judge Hilana Iskandar and its legal delegate the lawyer Rabih al-Fakhri, has filed the lawsuit against Hbeish.

It accuses Hbeish of “launching a public assault against Aoun in front of all those present in the lobby of the Justice Palace in Baabda on Wednesday,” against the arrest of director general of the traffic administration, Hoda Salloum.

How much money these people have to sue each other back and forth on a daily basis meanwhile the normal citizen does not have food to eat.