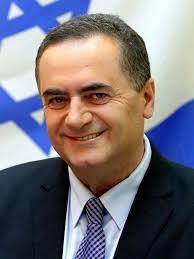 Israel Friday hailed the election defeat of Britain's Labor Party as a "milestone in the fight against hatred" after its leadership was accused of inaction against anti-Semitism in its ranks.

"This is not just a political victory, it is first and foremost a victory of values.

"The specter of anti-Semitism loomed large over this campaign, and the British public overwhelmingly voted against it, in what is, in our opinion, a testament to British history and values.

"It serves as an important milestone in the fight against hatred."

A veteran left-winger, first elected to parliament in 1983, Labor leader Jeremy Corbyn has long been dogged by accusations, which resurfaced during the campaign, that he had turned a blind eye to growing anti-Semitism within the party.

Corbyn supporters countered that the 70-year-old is a lifelong opponent of racism in all its forms and was targeted because of his longstanding support for the Palestinian cause.

With almost all results declared from Thursday's election, Johnson's Conservative party had secured 362 of the 650 seats in parliament -- its biggest majority since the heyday of Margaret Thatcher in the 1980s.

Labor lost 59 seats to leave it with 203, prompting Corbyn to announce plans for his departure.

What Israel means is that it has been given a clear lesson, that if its third election in a year next March produces yet another stalemate, bad things are in store for Israel. Israel grants it has no idea what to do to resolve the impasse. But it appreciates that England has demonstrated that people are not stupid. It itself is not so sure, but it is willing to consider the possibility. Israel did not take questions after its brief announcement.