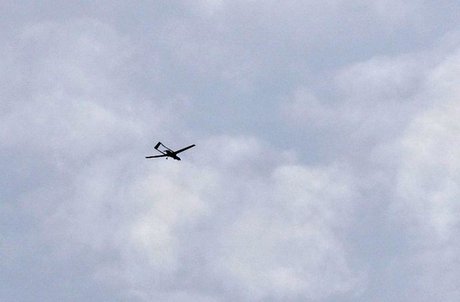 A Turkish military drone was delivered to northern Cyprus on Monday amid growing tensions over Turkey's deal with Libya that extended its claims to the gas-rich eastern Mediterranean.

The Bayraktar TB2 drone landed in Gecitkale Airport in Famagusta around 0700 GMT, an AFP correspondent said, after the breakaway northern Cyprus government approved the use of the airport for unmanned aerial vehicles.

It followed a deal signed last month between Libya and Turkey that could prove crucial in the scramble for recently discovered gas reserves in the eastern Mediterranean.

The agreement claimed extensive areas of the sea for Turkey, undercutting claims by Greece and the internationally recognised Republic of Cyprus, which runs the southern part of the island.

Analysts say Turkey was pushing back against rival efforts to claim exploration rights in the area after Cyprus, Greece, Egypt and Israel excluded Turkey from a new "East Mediterranean Gas Forum" that also includes Jordan, Italy and the Palestinian territories.

The Turkish Republic of Northern Cyprus (TRNC), which is only recognised by Turkey, said approval for the drone was given last week "in light of the latest developments in the eastern Mediterranean region" and "to protect the legitimate rights and interests of the TRNC and Turkey".

The TRNC's transport minister, Tolga Atakan, said Turkish drones were partly a response to the acquisition of Israeli drones by Cyprus in October to monitor its exclusive economic zone.

Cyprus has been divided since Turkish troops occupied the northern third of the island in 1974 in response to a coup sponsored by the Greek military junta.

Turkey already has two drilling vessels in the eastern Mediterranean despite the threat of European Union sanctions.

Ankara does not recognise the Republic of Cyprus, an EU member, and says the TRNC has the right to explore around the entire island.