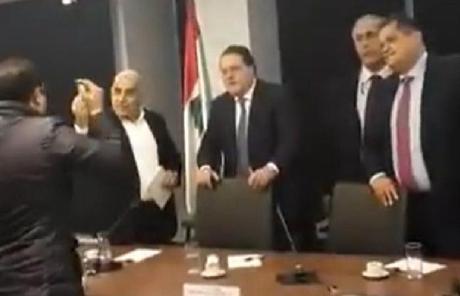 Anti-corruption protesters on Tuesday stormed the headquarters of the Chamber of Commerce, Industry & Agriculture in Sanayeh during a meeting attended by caretaker Telecom Minister Mohammed Choucair.

The protesters expressed their rejection of any privatization of the mobile telecom sector and the costs of telecom services in Lebanon.

The debate that ensued between the two sides did not involve any violent incident according to a widely shared video.