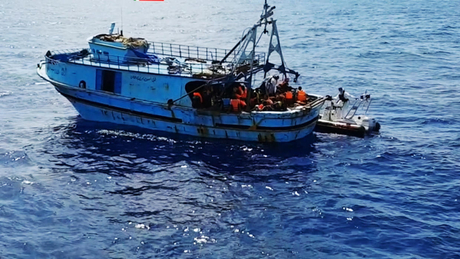 Seven migrants were killed after their boat sank in Lake Van in eastern Turkey on Thursday, the official Anadolu news agency reported.

The boat carrying illegal immigrants from Pakistan, Bangladesh and Afghanistan capsized as it was nearing the shore, Anadolu said. Their final destination was not immediately clear.

Van province is near the border with Iran.

Turkey hosts more than four million refugees, including some 3.6 million Syrians who fled the conflict raging in their country since 2011.

The flow of refugees crossing to Europe from Turkey has dropped since an agreement concluded in 2016 between Ankara and the EU.