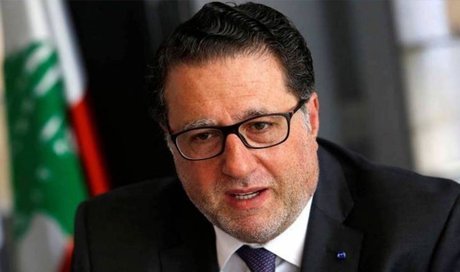 Protest movement groups on Monday filed a lawsuit with Financial Prosecutor Ali Ibrahim against caretaker Telecom Minister Mohammed Choucair and others over what they called the “illegal” extension of the contracts of Lebanon’s mobile network operators Alfa and touch.

The lawsuit accuses Choucair and anyone identified during investigations of “the waste of public funds and the violation of the public auditing law” by seeking to “smuggle the extension contract with touch and Alfa in violation of the law, despite the report of the telecom parliamentary committee and a previous lawsuit by the financial prosecution against the directors of the two firms on charges of illicit enrichment and graft.”

The National News Agency said the groups that filed the lawsuit are: The People Want to Reform the System, Awareness Initiative, People’s Movement, Youth Movement for Change, People Resist, Youths of the Bank and We Want a Country.

To hell with him!

The most famous movement is... Integrate de Meca refugies and roubed political power to the cristhians... This movement are supported by Israel=USA, Meca....

An Useful idiot for Hariri's businesses, That's what he is.