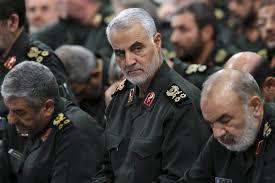 The unprecedented American raid that killed top Iranian commander Qasem Soleimani in Baghdad opens a period of uncertainty for the U.S. and their allies in the region.

- How was the operation carried out? -

The Pentagon has not gone into specifics about the operation although it has made clear President Donald Trump gave the order to carry it out.

Drones were used in the strike that hit two vehicles on a road leading to Baghdad international airport, according to several U.S. media outlets.

Soleimani -- who commanded Iran's Quds special forces and was considered one of the country's most powerful figures -- was traveling in one of them.

The method used to kill members of a foreign military reflects more the modus operandi of the Israeli Army than U.S. forces, which typically organize their special forces with precision when they seek to take out highly placed figures.

The United States has closely followed Soleimani's movements over the last few months and could have targeted him before.

The Pentagon said the general had been "actively developing plans to attack American diplomats and service members in Iraq and throughout the region."

Earlier on Thursday U.S. Defense Secretary Mark Esper warned that the United States would not hesitate to take 'preemptive action' if they had information attacks were being planned.

He said last week's killing of an American contractor in a rocket attack on a base in Kirkuk, reportedly by a pro-Iranian group, meant "the game had changed."

- What are the consequences? -

The price of petrol has jumped by more than four percent following Soleimani's death on market fear it will crank up tension in the region.

Iran has promised to take revenge. Its close ally, Lebanon's Hizbullah movement said punishment for those responsible will be the "task of all resistance fighters worldwide."

Many pro-Iranian groups in the region have the capacity to carry out attacks on U.S. bases in the Gulf states as well as against petrol tankers and cargo ships in the Strait of Hormuz that Tehran could close at any moment.

They could also strike U.S. troops and bases currently in Iraq, Syria, other American embassies in the region, and target Washington's allies, including Israel and Saudi Arabia -- even countries in Europe.

There are many possibilities and for Kim Ghattas of the Carnegie Endowment for International Peace, it is difficult to gauge what happens next.

"War? Chaos? Limited reprisals? Nothing? Nobody really knows -- neither in the region or in Washington -- because this is unprecedented."

The U.S. has sent more than 14,000 troops to the region as reinforcements over recent months.

Washington announced 500 more would be sent after a pro-Iranian mob laid siege to its embassy in Baghdad this week.

Esper said Thursday a battalion of 4,000 men had been ordered to stand by for possible deployment over the next few days.

The U.S. currently has 5,200 soldiers deployed in Iraq, officially to assist and train its army and ensure Islamic State does not reemerge as a force.

The US.. embassy has called on its citizens in Iraq to leave the country as quickly as possible.

Israel has closed a ski station on the Golan Heights -- an annexed region on the border between Syria and Lebanon.