How Will Iran Retaliate to Soleimani Killing? 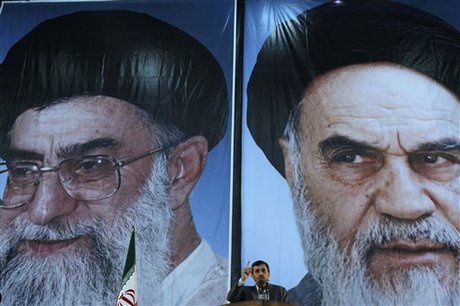 From mobilizing its allies in the Middle East to blocking shipping in a strategic waterway or even launching a cyber attack far beyond its borders, Iran has no shortage of options to avenge the killing of top commander Qasem Soleimani by its arch foe the United States.

Tehran's clerical leadership promised "severe vengeance... in the right place and time," but is nonetheless expected to carefully weigh the dangers of retaliation to a regime that has been in place since the ousting of the pro-American shah in 1979.

"We can't know whether the Iranians will decide that a drastic escalation and retaliation is the best tactic, or whether they go for a measured, perhaps even non-violent response," Heiko Wimmen, project director of the International Crisis Group (ICG) for Iraq, Syria and Lebanon, told AFP.

Iran learned the merits of asymmetric warfare -- fighting a power with greater military might than your own -- in the deadly 1980-1988 war against Iraq. Its strong influence in Iraq, Syria, Lebanon and beyond means it has several levers against the U.S. presence in the region.

Suzanne Maloney of the Brookings Institution noted that in the past Tehran "has absorbed major blows... without immediately yielding to temptation to strike back in some kind of reckless fashion," and revenge may not come right away.

Here are the main options Iran might consider to avenge the death of a man who was commander of the Quds Force of the Revolutionary Guards and masterminded its operations across the Middle East.

Throughout the region, Iran backs forces with the potential to cause havoc, from Huthi rebels in Yemen and Shia militias in Iraq to Hizbullah in Lebanon.

Iraq is set to be the key battleground. Pro-Iranian Shia militias could work to drive U.S. forces out of Iraq and also destabilize the Iraqi government to create a new domestic political crisis.

"I suspect there will be a lot of pressure on the US military presence now in Iraq," said Alex Vatanka of the Washington-based Middle East Institute, adding a pullout would be a "major strategic loss for the United States in the Middle East."

Elsewhere, Iranian proxies could torpedo hopes of peace in Yemen, while Hizbullah could stir up trouble in Lebanon or launch an attack on Israel to the south.

"Israel is a target as well. Iran sees Israel as just an extension of the United States," said Matt Levitt, director of the Program on Counterterrorism and Intelligence at the Washington Institute.

A more subtle step would be for Iran to launch a cyber attack.

Analysts believe Tehran has stepped up its capacity to attack key Western cyber infrastructure and has even built up a so-called "cyber army" that pledges allegiance to the Islamic Republic.

"What is feared here is the impact on society -- electricity cuts, poisoning, gas leaks, explosions, transport chaos and hospitals," he told AFP.

Oil prices initially soared more than four percent on fears that Soleimani's killing could lead to disruption of oil supplies from the Middle East. A major fear is that Iran could block shipping in the Strait of Hormuz, one of the world's most congested transit points.

Its Western foes have accused Iran of being behind a major attack on Saudi oil installations and Iran has in recent months also repeatedly seized tankers operating in the Gulf.

"Iran has shown that it can hit ships and block ships," said Jean Charles Brisard, head of the Center for Analysis of Terrorism in France. "But is a blockade conceivable?" he asked.

The most apocalyptic scenario would be a military strike by Iran using its ballistic missile arsenal against U.S., Israeli or Saudi interests in the region, a move that would risk prompting an all-out regional conflict.

"The worst-case scenario is a 1914 moment," said Naysan Rafati, ICG's senior Iran analyst, envisioning clashes between the U.S. and its allies on one side and Iran and its proxies on the other in Syria, Yemen or Iraq.

However Rafati said Iran was unlikely to attack U.S. soil, and analysts believe whatever action Tehran takes will not jeopardize its survival.

"The basic assumption still is that both the US and Iran want the other to back down rather than direct war," Wimmen said.

Vatanka said the Iranian leadership was "opportunistic" not "suicidal", adding: "If there's an opportunity that they can take advantage of, they will."