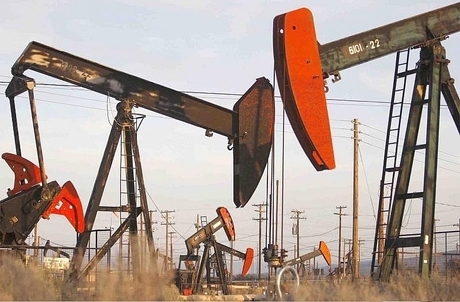 The strikes, launched in retaliation for the assassination of Iran's top general last Friday, sent Brent and New York crude to multi-month peaks before profit-taking and experience prevailed.

Iran said it had "concluded" its missile attacks for now, and analysts pointed out that oil traders had many sources at their disposal in any event.

"Sooner or later investors will realize that the plentiful non-OPEC supply will more than make up for any short-term disruptions in the Middle East," noted Forex.com market analyst Fawad Razaqzada.

SEB analyst Bjarne Schieldrop added that "not a single drop of oil supply has been lost due to the recent incidents and this is why the oil price has fallen back down again so quickly. What the market fears is that the situation spirals out of control."

Global stock markets initially slid on investor concern of a broader conflict, though many were in positive territory in afternoon trades.

London stocks were the outlier, down by almost 0.2 percent, while Frankfurt gained 0.5 percent and Paris was slightly higher as well.

Fears of escalation proved "to be short-lived as the U.S. administration avoided an impulsive military response in the aftermath" of the Iranian strikes, explained analyst Bethel Loh at trading firm ThinkMarkets.

Iranian Foreign Minister Mohammad Javad Zarif tweeted that the country does "not seek escalation or war".

Markets.com analyst Neil Wilson remarked that "at present you sense traders are sitting on their hands a bit while they wait for the US president to respond officially to the Iranian attacks."

Safe haven assets fared well initially, but after surging above $1,600 an ounce for the first time in six years, gold fell back to $1,573.60 which represented a slight loss on the day.

An Iraqi army base is not a US target, it is an Iraqi target. Iraq invited the US troops to use its bases. Now it has asked them to leave its bases. The State Department spokesperson, Morgan Ortegus, has rejected this request. If that decision is confirmed by President Trump, then those US soldiers in Iraq will become US targets.