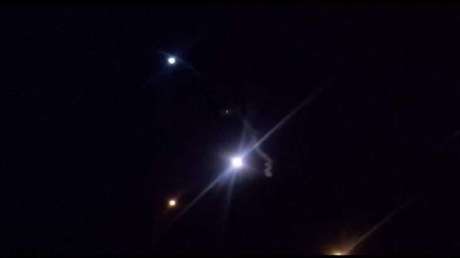 Iran's missile strikes on U.S. troop bases in Iraq were a measured first response to Washington's assassination of a top commander, but are unlikely to be the last act in what could be a long and asymmetrical revenge campaign, experts say.

With an outpouring of emotion in Iran over the killing of General Qasem Soleimani in an American drone strike, Tehran wanted to appear decisive to calm a clamor for revenge, without provoking President Donald Trump to unleash all-out armed conflict.

"The Iranians are under pressure to do something immediately given the strength of feeling, and that's where the importance of demonstrating defiance comes in," John Raine, a geopolitical expert at the International Institute for Strategic Studies in London told AFP.

"What they did not want is to undertake an operation that was dramatically escalatory, at least not now."

Iran fired missiles from its own soil Wednesday at Iraqi bases housing U.S. troops, in the first act of promised retaliation for Friday's killing of Soleimani, one of the country's most important figures.

"With the attacks, Tehran signaled its capacity and readiness to respond to U.S. attacks, thus saving face, and yet they have been well targeted to avoid fatalities and thus avoid provoking Trump’s reaction," said Annalisa Perteghella of the Institute for International Political Studies in Milan.

While the riposte was unprecedented in being launched from inside Iran by the Iranian state and not a militia, the authorities picked a purely military target using conventional weapons and with no civilian casualties.

"The Iranians have attempted to square the circle (with) a very proportionate attack that is not likely to necessarily provoke the response promised by Trump," added Francois Heisbourg of the Foundation for Strategic Research in Paris.

"On the Iranian side, this is clearly a signal to stop the escalation process. The real question now is what Trump is going to do," he said.

The U.S. president was expected to speak later Wednesday.

Iran may be seeking to ward off open military conflict with the United States -- its enemy following the 1979 Islamic revolution that toppled the pro-American shah -- but it may also consider other less conventional means of retaliation.

"Given the strength of emotion that we've seen in Iran already... I wonder whether this is enough. Does it actually look like and feel like revenge?" asked Raine about the missile strikes.

Iranian state television initially claimed 80 Americans were killed but Trump said on Twitter: "All is well!"

Raine noted: "In this case, Iranian blood was shed and honor dictates... that American blood must be shed in return. For that human reason, I would hesitate to say that this is the end of it."

Instead, Iran will likely try to exploit the high emotion that saw immense crowds attend mourning ceremonies for Soleimani and activate its proxies across the region.

"I would expect them to be considering attacks against U.S. interests of higher value to the U.S. elsewhere in the region and particularly in those countries where Iran has operational reach," said Raine.

Particular attention will be paid to the behavior of Shiite militias backed by Iran, notably Hizbullah in Lebanon.

Perteghella agreed there would be "some continuity."

"We'll hear a lot of harsh rhetoric, so as to keep awake the message of 'resistance'," she said.

But in the short term, "the ball is now in the U.S.' court. If cooler heads prevail, Trump is offered the way out of this self-inflicted crisis."

Long-term and asymmetrical response to provocation has long been the Iranian way, the experts said.

"Characteristically, the Iranians think in terms of campaigns rather than isolated operations," said Raine, who added Washington was unlikely to retaliate in tit-for-tat fashion.

"My personal analysis is there will be more to come."