Bayern Will Not Make January Bid for Sane 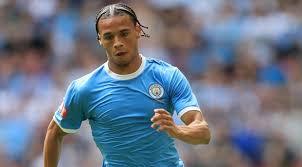 Speaking to German media from Bayern's winter training camp in Doha, Salihamidzic said that Sane was "not a topic in winter".

Bayern came close to signing the 23-year-old last summer but the deal fell through after Sane tore his anterior cruciate ligament in the Community Shield game against Liverpool.

The German star has been sidelined ever since, though City coach Pep Guardiola said this week that he was "close" to making a return.

Bayern, who are expected to renew their efforts to sign Sane in the summer, have also lost first choice wingers Serge Gnabry and Kingsley Coman to injury in recent weeks.

Yet on Thursday, Salihamidzic hit back at Bayern coach Hansi Flick over his demands for action in the January transfer window.

With his squad suffering an injury crisis, Flick told the Sueddeutsche Zeitung on Wednesday that he would like to see "two new signings" in January.

"Hansi has assessed the current situation and come to the conclusion that we need to strengthen," he said.

"I was a little surprised that Hansi carried out his squad planning in the media."

"We are looking at all the options, but it will be hard to strengthen our squad in winter."

Perennial champions Bayern are third in the table and need to make up a four-point deficit if they are to catch league leaders RB Leipzig when the Bundesliga resumes on January 17.

Yet their hopes of an eighth consecutive title have been hit by the flood of injuries.

Defenders Niklas Suele and Lucas Hernandez are recovering from long-term injuries, while both Thiago and Gnabry picked up knocks in Qatar.

Others on the growing list of injuries include Coman and Javi Martinez.

"It's not an ideal situation," admitted veteran forward Thomas Mueller on Wednesday.