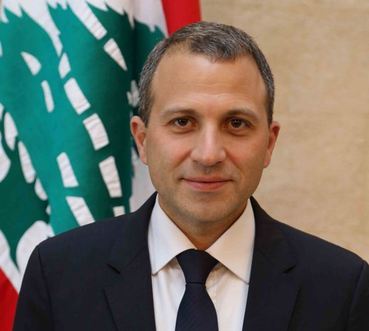 Caretaker Foreign Minister Jebran Bassil on Monday denied “fabricated” reports accusing him of insisting on the formation of a techno-political government which defies the people’s will and the announcement of PM-designate Hassan Diab.

In a statement released by the minister’s media office, Bassil said Nidaa al-Watan daily published “fabricated report” accusing the minister of “turning against the formation of a government of specialists.”

“Bassil has not for one moment changed his mind and still insists on a government of specialists,” added the statement.

The Minister “affirms that the Free Patriotic Movement is committed to supporting a government composed of personalities who are credible, honest and trustworthy," added the statement.

hypocrits all of them, they want "specialists" but nominated by them... so no difference whatsoever, they believe the people are stupid and won't see the trick...

I believe them.
I also believe that the FPM were truthful when they said over ten years ago that the who run for parliament and fail should not be ministers. Since then Bassil failed twice and Aoun obstructed the formation of a government for months saying Bassil in or no government.
And I believe the FPM were truthful when they said during the last parliamentary elections that they will not appoint their elected MPs to cabinet but they obstruct the cabinet formation until Bassil returns as foreign minister. FYI three of their ministers are current MPs.
Yes, I trust the FPM they are men and women of their word LOL.