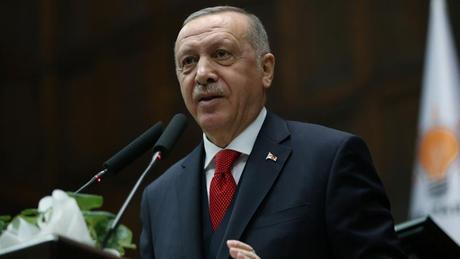 Egypt has accused four staff of Turkey's state news agency Anadolu whom it arrested of spreading "false news" and working with the outlawed Muslim Brotherhood group.

Police raided their Cairo office Tuesday and formally arrested them Wednesday at a time of rising tensions between the rival nations.

The interior ministry charged that the news bureau was a front for a "Turkish troll farm ... intent on broadcasting false news about the country's political, economic, security and rights situation".

It published the full names of those arrested -- three Egyptian journalists and one Turkish citizen who handled the office's finances.

The ministry said the employees were working "with the aim of distorting the image" of Egypt and said their cases had been referred to the prosecution.

Turkey has summoned Egypt's charge d'affaires to protest the raid.

The Turkish and Egyptian governments are fierce rivals, since Ankara strongly supported Egypt's Muslim Brotherhood administration that was overthrown by a military ouster in 2013.

Egypt outlawed the Islamist group in the same year.

Ankara and Cairo are also on opposing sides of the Libyan conflict.

Turkey supports the UN-recognised government in Tripoli, which is under siege from forces loyal to eastern-based general Khalifa Haftar, who is supported by Egypt and the United Arab Emirates.

The United States, an ally of both Turkey and Egypt, said it had seen news reports on the raid and arrests.

"If true, we call on the Egyptian government to release the detained journalists and allow for a free and open press in Egypt," a State Department spokesperson said.

New York-based rights group Committee to Protect Journalists slammed the arrests, saying "journalists operating in Egypt should not have to work in fear that they will be used to settle political scores between countries".

Egypt ranks third in the world in terms of the number of journalists in detention, behind China and Turkey, according to CPJ.