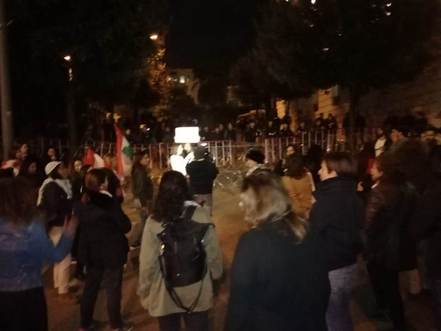 Hundreds of anti-government protesters gathered outside the central bank in Hamra on Thursday evening and then marched in a procession through Beirut to the parliament building in the city’s center, where they called for an independent and immediate government.

The protesters then joined others who had blocked the Ring flyover, one of the main highways in Beirut.

Women protesters had earlier staged a sit-in outside the house of caretaker Interior Minister Raya al-Hassan in downtown Beirut, calling on her to “stop the policy of excessive and systematic violence by the security forces” against protesters.

There were no reports of violence in Thursday’s demos, in contrast to the rallies that were held on Tuesday and Wednesday, which involved fierce confrontations between protesters and security forces.