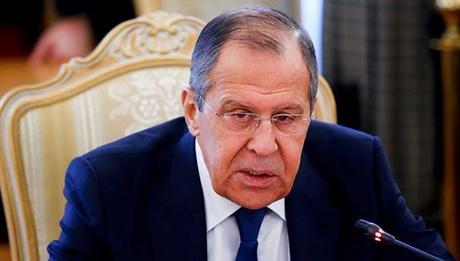 Lavrov said the tragedy was a "very serious red flag" and a signal that everyone should "start working on de-escalation and not on constant threats".

"An increase in tensions between Iran and the United States will not help settle any single crisis in the region, if only because the tensions will be increasing," he said.

Iran had seemed to be heading for conflict earlier in January after the United States killed its foreign operations chief in a Baghdad drone strike, prompting retaliatory Iranian missile strikes against Iraqi bases housing US troops.

Iran then accidentally downed a Ukrainian airliner while on high alert following the retaliatory strikes against US targets. The tragedy killed 176 people, mostly Iranians and Canadians.

Iran admitted a human error several days after the tragedy.

Lavrov said he did not want to "find excuses for anyone" but criticised Washington for killing Major General Qasem Soleimani, the head of the foreign operations arm of Iran's Revolutionary Guards.

He said the "unprecedented" US operation "undermined and put into question all imaginable norms of international law".