UK Adds Hizbullah in Its Entirety to 'Terror' Blacklist 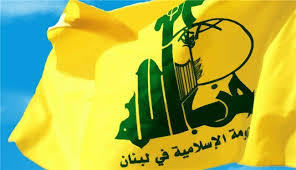 Britain's finance ministry on Friday said it had added Hizbullah in its entirety to its list of "terrorist" groups subject to asset freezing.

The ministry previously only targeted the Iran-backed organization's military wing but has now listed the whole group after the British government designated it a "terrorist" organization last March.

The change requires any individual or institution in Britain with accounts or financial services connected to Hizbullah to suspend them or face prosecution.

The group had "publicly denied a distinction between its military and political wings," the British Treasury said in a notice posted on its website.

"The group in its entirety is assessed to be concerned in terrorism and was proscribed as a terrorist organization in the UK in March 2019," it added.

"This listing includes the Military Wing, the Jihad Council and all units reporting to it, including the External Security Organization."

The Treasury in London said the change followed its annual review of the asset freezing register, and brought it into line with the 2019 decision by the interior minister to blacklist all of Hizbullah.

"The UK remains committed to the stability of Lebanon and the region, and we continue to work closely with our Lebanese partners," a spokesman said.

Britain's move comes amid heightened tensions in the Middle East, after the U.S. killed top Iranian general Qasem Soleimani in an air strike earlier this month.

No more uncivilized ashura processions in Kensington and Hyde Park.

And no more proselytizing on Hyde Park Corner either. It’s finally illegal to spread this evil sub cult.

US and UK need to put Basil, Berri and Aoun on their sanctions lists now.

Dudes.. Hizbullah Asset Freeze.. when Hassin cannot fond his cushion.. and is forced to sit on the cold damp concrete floor in the sewers.. That's just Physics...