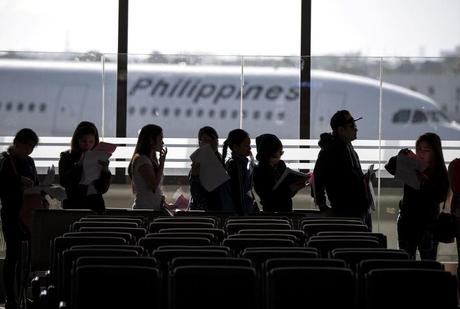 The Philippines said Friday it was reimposing a ban on its citizens going to work in Kuwait after a Filipina was allegedly killed by her employer, echoing a 2018 row between the two countries.

President Rodrigo Duterte approved the ban as his government accused the emirate of covering up the killing of a maid, one of about 240,000 Filipinos working in the Gulf state.

They are among the millions of its citizens the Philippines has sent to work abroad, seeking salaries they cannot get at home.

The money they send back accounts for about 10 percent of the Philippine economy.

Duterte's government briefly banned Filipinos deploying for work in Kuwait two years ago amid a diplomatic row that began with the discovery of the remains of a murdered Filipina maid in her employers' freezer.

"The result of the (Philippine) re-autopsy... indicates that overseas Filipino worker Jeanelyn Villavende was sexually abused," Duterte spokesman Salvador Panelo said in a statement, referring to the woman at the centre of the new ban.

The labour department said in a separate statement that the ban covers all Filipinos going to work in Kuwait, though skilled workers and professionals with un-expired contracts are exempted.

Workers already on the job in Kuwait are allowed to finish their contracts.

Officials at the Kuwaiti embassy in Manila could not be reached for comment Friday.

Panelo said the ban would only be lifted once Kuwait agrees to fully implement the terms of an agreement signed after the 2018 row that offered security guarantees for Filipino workers.

At the height of the earlier ban Duterte alleged that Arab employers routinely raped Filipina workers, forced them to work long hours and fed them scraps.

His government then ordered its embassy staff in Kuwait to help Filipina maids flee allegedly abusive bosses, provoking the emirate to expel the Filipino ambassador.

Tensions later died down and the ban was lifted three months later after the two governments thrashed out the labour agreement and Duterte made a public apology to the Kuwaiti government.