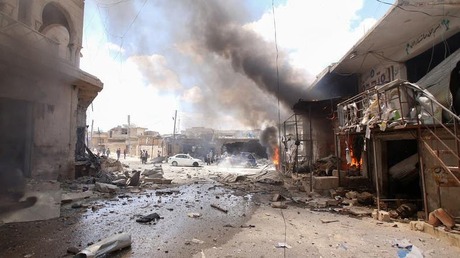 Two of the victims were killed in a southeastern area of Idlib province while the other 10 died in a western region of neighbouring Aleppo province, the Syrian Observatory for Human Rights said.

lol @ the shia christian of european parents from dahieh whose deep and wide luv tunnel is open for deep penetration by the public year-round.

Does anyone know what towns were hit?