Bassil at Davos Despite Uproar over Visit 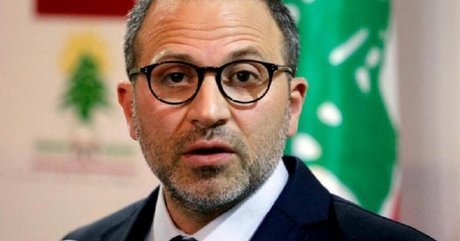 The National News Agency on Thursday said Bassil, who is also head of the Free Patriotic Movement, took part in two dialogue sessions, one on the situation in Syria and one that tackled the situation in the Middle East.

He also held a series of meetings with senior leaders in the region and some western officials, added NNA.

In crisis-hit Lebanon, many Lebanese took to social media to tell the forum they think Bassil “a failed, corrupt and especially an ousted minister to still represent their voice on the world stage,” has no business being there.

More than 18,000 participated in a Twitter poll, in which over 75% said he doesn't represent them. Online petitions against his participation collected nearly 50,000 signatures.

Who paid for his un necessary trip? If it is government money (which it is ) he should be held accountable for wasting public funds and jailed. As of yesterday Bassil had no official position in the Lebanese government.

Gebran Bassil: We can teach Washington, London how to run a country without budget

and we can clearly see the results of his teachings today: corruption, bankruptcy and total chaos.

Every single minister he appointed and connected to him is a true useless corrupt and have zero clean record. He is obviously trying hard to get more votes but franjieh is going to win...

Wherever that corrupt Iranian MF goes there is blood and uproar. Time to lock him up.

Why does this thief have to go to Davos or any Lebanese official for that matter? This is an economic forum and Lebanese politicians across the board are corrupt and have proved they cannot manage an economy let alone lecture on matters of this nature.

I have two uncles who go to Switzerland and Luxembourg on a yearly basis... it certainly isn’t for Davos, they pay their bankers a visit.
Let’s not be naive about Bassil, with billions of dollars stolen, the bankers go to Bassil in Davos.

bah! he is only dreaming of matching Putin and all the other real statesmen!