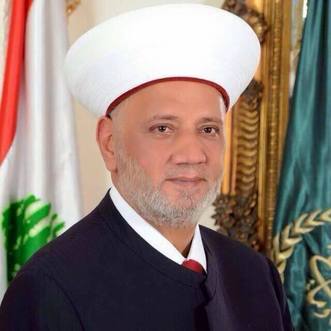 Grand Mufti of the Republic Sheikh Abdul Latif Daryan condemned the massive acts of “sabotage” that were witnessed in downtown Beirut yesterday evening, the National News Agency reported on Thursday.

"What is happening in the streets of Beirut is an insult to the popular movement and its just demands," Daryan warned, calling for preserving the security of the country and the safety of its property, as well as that of the Lebanese people.

He finally appealed to the security forces to intensify their efforts to preserve the security of the homeland.

Huh...did you open your mouth this weekend when people were hit with rubber bullets in their eyes. Have the peaceful demonstration in 90 days produced anything other than followers of corrupt class?
While destroying public properties..the people are fed up and have nothing..zero

i guess you cannot boil it down only to those two... every politician afraid to lose its privileges send their thugs!

Its always the same people, Peace... always. The uneducated cattle.