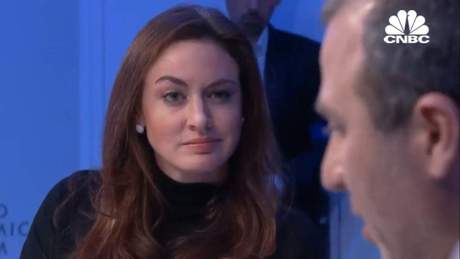 Former foreign minister Jebran Bassil on Thursday faced accusations over his personal wealth and record at the top of a country mired in corruption, during a hugely uncomfortable appearance at the Davos economic forum.

Bassil, the son-in-law of President Michel Aoun, lost his post as foreign minister when a new government was finally announced this week after months of street protests over a collapsing economy.

His appearance at the luxury Swiss resort had caused howls of outrage in Lebanon where thousands signed petitions asking about the financing of his trip at a time when Lebanese are trying to make ends meet.

"How did you get here?", asked the moderator. "Did you take a private plane?"

"I came simply on my own expenses," Bassil replied. "I know rumors and lies circulate always but this is the reality. Not one lira at the expense of the Lebanese treasury!"

"So this is family money?" the moderator pressed. "No this was offered to me. I was invited here," Bassil replied.

"We are not allowed to have friends like that when we are in government," witheringly pointed out Dutch Trade Minister Sigrid Kaag, who previously served as U.N. coordinator for Lebanon.

Turning to the situation in Lebanon, Bassil insisted the protests were not political in nature and he even supported them.

"What is happening in the street is very positive," said Bassil, still seen as a key powerbroker as leader of the Free Patriotic Movement. "They are protesting as they lost their money, they are not united on any political issue."

Opponents of Bassil reacted with glee on social media to his performance. "Watching Jebran Bassil getting roasted is so good," commented one on Twitter.

Bassil, who served half a decade as foreign minister after a similar time as energy minister, has consistently come under fire from demonstrators mobilized to demand the removal of a political class they deem incompetent and corrupt.

"Lebanon is a country that has been stymied by top-level corruption across the board," commented Kaarg.

"The sectarian system, coupled with the former warlords, have hijacked the state," she said.

Good they are giving him a hard time---he can't be let off the hook like he does here only talking to otv and manar with easy questions.

One man one vote in your US of A elected president the candidate with less votes. Instead of wasting your time here being an ignorant racist idiot get on American news sites and argue that Trump is illegitimate and for Hillary Clinton as the only legitimate POTUS.

Ooompa you may want to get over the strawberry millshake and start of adult beverages my freind. clinton lucky lost and her loss is history so lets not start the imature tantrums of "I did not get my ice cream and I am upset"

Irrelevant of what beatnicks on the streets say Trump is no angel and has not proffesed to be so, however the facts state has been a better candidate for the economy and were enjoying the lowest unemployment in 50 years.

This sectarian corrupt lowlife showed who he really is! A private jet was offered to him?:)))! His true character was exposed.

He's got a rubbish accent when he speaks in English and above all, he really isn't intelligent, it actually shocked me. He got nailed by 2 way smarter women, a total nightmare for a mysogynist.

Bassil should not have been invited in the first place as he has no official ministerial functions anymore.

The people in Lebanon are below the poverty line and this lowlife is traveling on private jet?! Change and Reform is also his motto.

His arrogance has no limits. He is politically finished. Only orange blind and deaf afficionados can support that man..