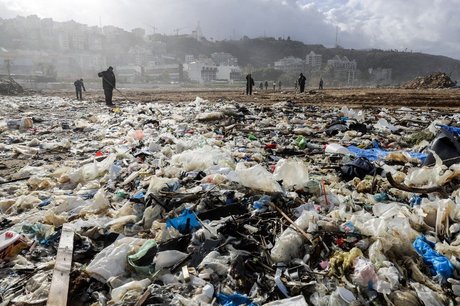 A group of European parliament deputies are reportedly seeking investigation into corruption claims involving European aid for Lebanon in waste management projects, which if verified may lead to withholding EU aid from the crisis-hit country, al-Akhbar daily reported on Friday.

The EU deputies are allegedly demanding that the “looted” funds be recovered, hoping that Lebanon’s government would initiate an investigation on its part and return this money as a goodwill gesture, according to the daily.

“On November 14th, the Brussels conference for the European Union on Lebanon and corruption succeeded in including Lebanon's file in the European Parliament session held two weeks later, during which about 20 European deputies spoke about the situation in Lebanon, among them is Thierry Mariani, former minister in the government of former French President Nicolas Sarkozy,” said al-Akhbar.

In his intervention Mariani said “We, as elected people in the European Parliament have to wonder where does the money we transfer to Lebanon as aid goes?” according to al-Akhbar.

In 2017, the European Commission approved EU-funded projects including a program aiming at enhancing the waste management sector in the Governorates of Beirut and Mount Lebanon to “process waste management in order to contribute to the establishment of better and environmentally-friendly waste governance in general,” an EU press release said then.

Mariani reportedly highlighted a message from a member of the Municipal Council in Tripoli, Nour al-Ayoubi, stating that the European Union had given a gift to build a waste sorting plant in the northern capital, which was not implemented according to the book of conditions.