'Lebanon Has a Chance to Restore Stability,' Chief Economist Says 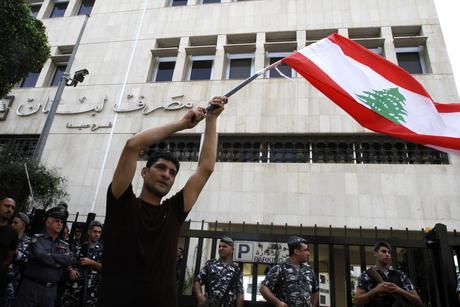 As Lebanon’s newly appointed ministers focus on setting a plan to save Lebanon from the current financial and economic crisis, chief economist for the Middle East and North Africa at the International Finance Institute, Garbis Iradian, said in report there is still hope for Lebanon to restore stability, al-Joumhouria daily reported on Friday.

Iradian revealed to the daily a report he prepared entitled "Lebanon has an opportunity to restore stability" and includes the following ten steps to address the crisis:

2- Restore vigor to the banking system.

Iradian said the risks remain, as the cabinet may resign or be subject to intense pressure which may hinder financial and structural reforms.

The impact of the financial crisis on the economy, families, companies and major services sectors in the economy may also be greater than expected, he concluded in his report.

I have the utmost respect for Mrs. wireless for its thorough knowledge of growing, legalizing and distributing Marijuana that was eloquently presented in (2) parts above.

Shia have the exclusivity on hasheesh and kaptagon production. Abu wireless is probably a drug dealer who wants to go legal lol

Guys, can you once in your life be less sectarian and think of solutions. First, i have been living in Montreal for 26 years. I have 3 degrees. I am know to be anti-drug and anti-smoke. My tenants are not allowed to smoke on permise. So don't lecture me please.

To answer you, it can be planted in other areas not restricted to one sect. Irrelevant of who plants it, all citizens will benefit from the revenues coming in the form of taxes from sales and export.

Awireless. It is not secatarian. Unfortunately berri has controlled the regie since the 90s. Iron grip. Every time someone puts a cigarette in his mouth, berri's gas stations in michigan benefit.

All trials to increase taxation on cigaretes havent worked.

I love the word reduce corruption instead of illiminate as if to we will have to live with it and also its almost the last item on the list.
Interstingly to note too privitization is also low on the prioroties ....

The solution is not raising taxes on cigarettes! The solution is fiscal reforms, ending corruption and above all the illegal arms of your Shia militia as it is the cause of all evil in our country. For the economy to take a turn to the positive you need stability for investments to come in. Your Nasrallah threatens the USA, the Gulf, and anybody who challenges his Iranian doctrine on a weekly basis. He got us involved in wars in Syria, Iraq and Yemen to name a few in addition to a few major wars. The lost opportunity costs of these actions exceed $250 billion. So, leave cigarettes alone ( I am a non-smoker btw) and focus on the real issues.