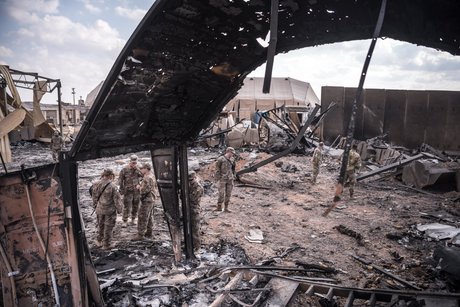 U.S. President Donald Trump had initially said that no Americans were injured in the strike on the Ain al-Asad base in western Iraq earlier this month although authorities later reported that 11 troops were injured.