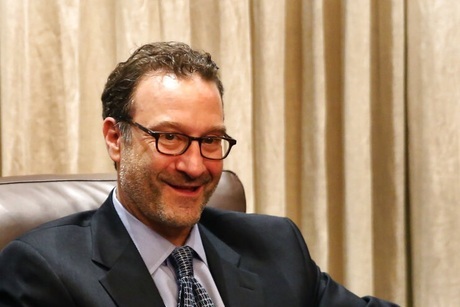 The United States is closely “monitoring” the work of the new government in Lebanon, formed after three months of jubilant protests and a worsening financial crisis, United States-based satellite TV channel Alhurra reported on Saturday.

In an interview on Alhurra, David Shencker, Assistant Secretary of State for Near Eastern Affairs said: “The US is going to closely observe whether the new government in Lebanon is committed to eradicate corruption and lead the country out of its financial crisis.”

The US official did not elaborate.

A new government was formed in Lebanon on Tuesday, and protesters -- even though they've rejected it as a rubber stamp for traditional political parties -- are now split over whether to continue protesting or withdraw from the streets to give the new Cabinet a chance.

Another point of division among the Lebanese protesters has been over tactics. Many are frustrated with the frequent roadblocks that have occurred throughout the country.

For the past week, a few hundred protesters have engaged in some of the most violent confrontations with security forces in the capital. More than 500 people, including over 100 security forces, were injured in nightly clashes outside the parliament building. Protesters hurled stones, firecrackers, flares and a few Molotov cocktails at security forces who responded with rubber bullets, tear gas and water cannons. Several protesters were hit in their eyes and at least two protesters were partially blinded.