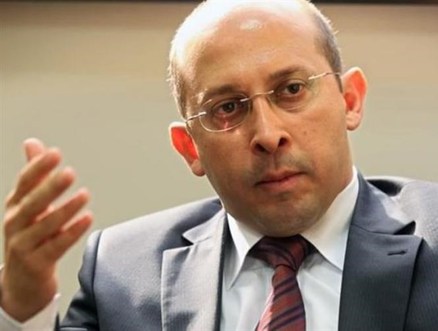 MP Alain Aoun of the Strong Lebanon bloc has suggested going to early parliamentary elections should the new government fail to halt the economic and financial deterioration.

“First, the deterioration in Lebanon should be halted and then recovery measures should begin,” Aoun said in a TV interview, warning that “the failure of the rescue process would affect entire Lebanon.”

“The first phase requires foreign assistance, but we can’t go to economic conditions that would blow up the social situation,” the lawmaker added, in reference to any austerity measures that might be demanded by international financial organizations.

Calling for the privatization of the electricity sector, Aoun said he has a feeling that the “invisible hand” that is impeding power generation in Lebanon is “an oil cartel.”

Asked whether he might run for the presidency of the Free Patriotic Movement, the lawmaker said “everything is possible.”

He also underlined that “should the current government fail, the only solution is to go to early parliamentary elections to produce a new political situation, on the condition that the people accept it.”

Aoun also noted that Hassan Diab’s government is the “last chance government” prior to “elections that produce a new political class.”

Early parliamentary elections will lead nowhere as long as this convoluted election law is in effect. The ruling mafia managed to put an election law tailor made to ensure their continued election into Parliament.

Before any meaningful elections taking place, Hezbollah ( the terrorist iranian organization ) must be disarmed and held accountable for all its war crimes and its leaders and members brought to justice.

Wow you are acmaring Lebanon to civilized countries such as Canada... you have a long way to go for that my friend

the previous gvt failed so why didn't he ask for early elections as people are demanding it since oct 17? poor and pityful politician.....

Dudes.. it looks like Baby Yoda.. is talking out of turn.. and against the wishes of Gebran Bassil.. who's against early elections.. for any reason... That's the second FPMer.. in a week.. after Louis de Funès Abi Ramia.. to support even conditional early elections..! Something is rotten.. in the state of Denmark.. methinks...