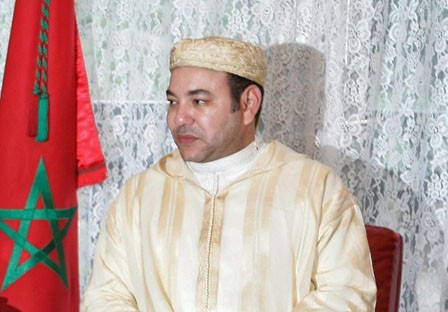 A Moroccan court has sentenced a cleaner to 15 years in prison for the theft of dozens of luxury watches belonging to King Mohammed VI, her lawyer said.

The 46-year-old woman worked in a royal household and the judgement was handed down overnight Friday to Saturday at a court in the Moroccan capital, Rabat.

She was accused of having stolen 36 luxury watches.

The woman initially had watches melted down and sold on to gold merchants, before starting to sell timepieces intact.

Another 14 people -- all men who traded gold or were intermediaries -- were sentenced to at least four years in prison after being found guilty of involvement in the affair.

One, convicted as an accomplice of the woman, received 15 years.

Arrested at the end of 2019, they were also tried for forming "a criminal gang", but told the judge they had no knowledge of the robberies.

Forbes magazine in 2014 classified the 56-year-old monarch as one of the world's richest men with wealth estimated at more than $2.5 billion.

As well as watches, he has a taste for luxury cars, paintings and yachts.

An Instagram account dedicated to evaluating high-end watches showed a picture in September 2018 of the king apparently wearing a Patek Philippe diamond-encrusted watch in white gold with an estimated value of $1.2 million.