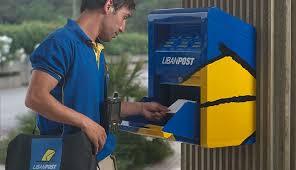 It has not been shown that the new coronavirus spreading in China and other parts of the world can be transferred through items bought online from China, media reports said.

“There is no evidence this is a risk… Cold viruses tend to survive less than 24 hours outside the human body,” the BBC has reported.

“The most reassuring fact so far is that cases seem to require close contact with another person -- say, a family member or healthcare worker -- in order to spread,” the BBC added.

Messages warning people against buying items online from China had been circulated by Lebanese social media users in recent days.

Health Minister Hamad Hasan has reassured the public that the virus has not reached Lebanon.

The virus has claimed 82 lives since emerging in a market in the central Chinese city of Wuhan and spread around the world.

The Chinese government has sealed off Wuhan and neighboring cities, effectively trapping tens of millions of people -- including thousands of foreigners -- to contain the coronavirus.