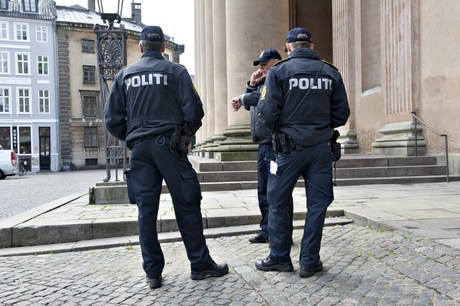 The three leading members of the ASMLA, Arab Struggle Movement for the Liberation of Ahwaz, had been under investigation for over a year, in a case that prompted Denmark's foreign minister to summon the Saudi Arabian ambassador.

The three "carried out espionage activities on behalf of a Saudi intelligence service from 2012 to 2018," Finn Borch Andersen, head of the the Danish Security and Intelligence Service (PET), told a Copenhagen press conference.

PET said it launched an investigation into the trio, who live in Denmark, in November 2018 to determine whether they "had publicly condoned acts of terrorism or committed other criminal offences."

They were arrested in 2018 and accused of praising five commandos who attacked a military parade in the Iranian city of Ahvaz on September 22, spraying the crowd with gunfire and killing 24 people.

Danish authorities said at the time they believed the three were the target of a planned attack on Danish soil, orchestrated by the Iranian regime.

Tehran had formally denied the accusation.

During the investigation "it was uncovered that they have been involved in espionage activities in Denmark on behalf of Saudi Arabia," a PET statement said.

"Among other things, they have collected information about individuals in Denmark and abroad and passed on this information to a Saudi intelligence service," it added.

"We are now for the second time in a year and a half in the position where a regional conflict is played out in Denmark via proxies," Kofod said in a statement on the developments in the case.

Kofod also said he had summoned the Saudi ambassador for talks earlier Monday, and instructed the Danish ambassador in Riyadh to deliver his objections to Saudi authorities.

ASMLA is a separatist group that advocates an Arab state in a southwestern Iranian province. Tehran calls it a terrorist organization.

Saudi Arabia, a Sunni monarchy, is Iran's, which is a predominately Shia Muslim nation, main rival in the Middle East.

In the Netherlands, another suspected member of the same organisation was arrested south of The Hague on Monday.

Dutch prosecutors said in a statement that the man, together with others, was "preparing for one or several terrorist attacks in Iran."

Notice how Denmark is an official protector of Iran,,,,, just like the rest of the EU because Saudi Arabia is loyal to America only and Europe wants to sell its junk ....to Iran.

Funny how Denmark says that a 3rd world like KSA is spying on them....its as if European countries are as white as the driven snow and they have never spied on other countires lol.